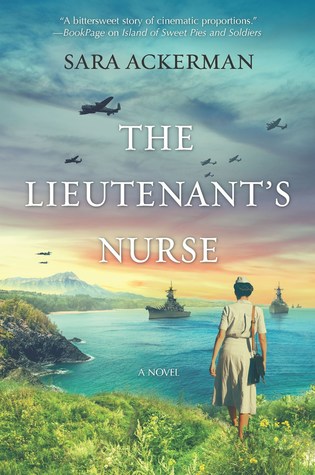 I really wanted to like this book more than I did. Sadly, there was a lot of discrimination against women in this book. Doctor’s acted like all-knowing assholes towards women, and the women barely stood up for themselves, afraid if they did they’d be fired and/or worse. It infuriated me how a lot of the nurses in this book were treated, as if they were to be tolerated for their unusual ways and not meant to be taken seriously in a ‘man’s world’. Ugh!

The historical aspects of the book were fascinating to read, set before the attack on Pearl Harbor. Normally the historical books that I read are focused ON the event, not the months leading up to the attack. It was an interesting read, and I give it slight bonus points for taking a different approach than what most authors generally use.

I know very little about Pearl Harbor. My grandfather’s time, and I didn’t have much interest in American History. I was more interested in Ancient History like with the Mayans and the Greeks and the Romans. Pearl Harbor was only of vague interest because I knew my grandfather knew people who were a part of that history, so that was part of why I selected this book for review. Another reason was because I wanted to read more ‘recent’ history, and because the story itself sounded interesting.

And it was, though not as good as I hoped it would be. It seemed to be strongly geared towards Eva finding a man to help her be more ‘controlled’ and less independent. It was very frustrating to read her falling for such an egotistical ass, and while eventually the guy lead character grew on me, it was a very long eventually to get there and he still wasn’t my favorite book boyfriend ever. It seemed to me like Eva was trying to hard to be the well-liked and normal nurse, as opposed to getting shit done and taking no prisoners approach.

Overall, I’m giving this 3/5 stars. Originally, it’s 2.5 rounded up to a solid 3 because of how interesting the historical bits were, and I *did* like Eva’s character, I just didn’t much like the story.

Until next time,
-Pass Me That Book.

I write a lot, read a lot and give unsolicited advice.

A Dance With Books

Fun and detailed book reviews on all genres!