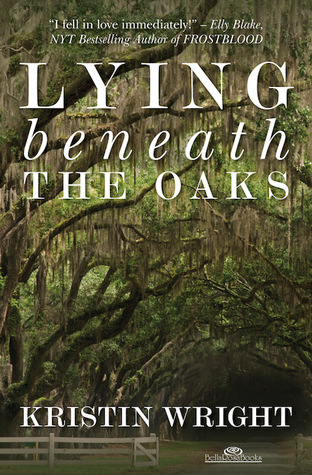 This book was beautifully crafted, well written, with strong characters, and definitely well researched material. Molly’s character was fascinating, and I loved her story though it definitely had some trigger warnings for child abuse. So, here are the warnings first before I dive into the full review:

This book, though certainly dark and twisted at times, made me almost long for a trip back to Louisiana or any of the places down south for its rich atmosphere. Of course, having been to the south, those emotions were few and far between. There were also plenty of triggers in the book that made me want to flinch away and hide, but the book tells such a good story that I was mostly able to ignore it.

Molly is a complex, blunt, and strong female character. She’s served time for possibly accidentally killing her mother, and has paid for it for years. There’s lots of interesting (and depressing) history there, but the focus of the story is her waking up married to a complete (handsome) stranger named Cooper, who happens to belong to a wealthy southern family.

It’s a fascinating story, completely with twisted plots that I didn’t see coming, though a lot of it I did notice right off. I loved Aurelia, the town eccentric, who is one of my favorite characters. I loved Mia and the golden retriever and just all of this book shown with creative clever schemes and strong characters so that I couldn’t turn away from it. I read through it in most of a day, and wish that there was more available, and that I could have seen the bad guy getting his due, aside from the tiny snippet of it at the end of the book-that’s my only real complaint, really, is that we didn’t see him getting published enough.

I really liked reading this book, and highly recommend it-especially if you love gothic, southern crime/romance fiction. It’s rich in detail, and you won’t regret reading it, unless you absolutely loathe reading about the south. 4.5/5 stars!
Until next time,
-Pass Me That Book