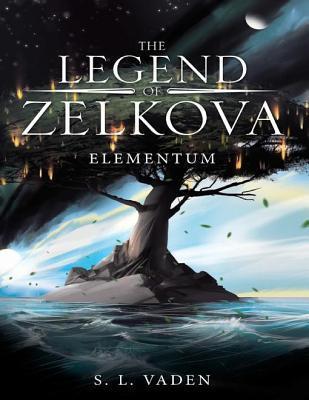 The Legend of Zelkova is about a young woman named Zelkova, a badass female who loves Carya, and is sent on a mission with a few others to rescue/retrieve the missing prince of her kingdom. The King puts her in charge of the group, of which one of the members, a man named Malus, doesn’t like so he challenges her to the position, as he has never been bested by a fight, and doesn’t believe that women should be in charge. Zelkova wins, and Malus continues being an ass throughout the book, though slowly changes.

Zelkova is powerful, magical, strong, smart, and beautiful. She leads the four to retrieve the missing/kidnapped prince, and along the way the other four gain gifts/magical abilities as well. Malus winds up gaining the fire element, the others get various abilities/elements as well. Soon, the group is a powerful force to be reckoned with, but not without consequences.

This book was a wild ride that I really enjoyed, especially with the light hearted LGBT feels between Zelkova and Carya. I liked that the book was a fun, adventuresome read. There were intense battle sequences, deep meaningful conversations between the characters, and an overall fun feel to the story as I read along.

My one complaint was that the elements who kept giving these gifts were always mysterious and vague about the group needing their powers. Why is it that those types of powerful beings can never inform the individual of what they are getting themselves into? Sure, they get special unique powers to help save innocent people, but a little information wouldn’t be such a bad thing now and again. Not mysterious riddles, or vague sentences that leave the person (Zelkova mainly) more confused than before. Everything does get explained, but that’s just one of my issues with the book.

That, and Malus being an ass in the beginning of the story. One does warm up to him eventually though, at the end of the book, he is nowhere near close to being my favorite character. (That would be Zelkova, of course.)

I did enjoy this book enough to possibly look for book 2, whenever it comes out. It’s a fun book that I’m sure fantasy lovers will love, and while it was a bit of a long read, it was an entertaining one as well.

Until Next Time,
-Pass Me That Book.

Click here for a sneak peek at book 2!: https://legendofzelkova.com/

{Review will also be posted on my Goodreads and Amazon}