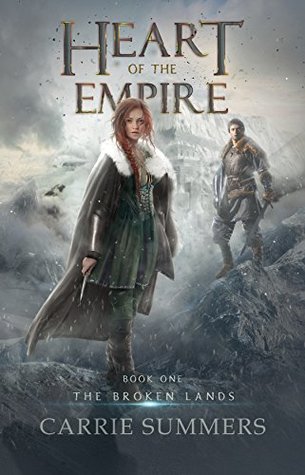 I read this book in the span of a week (sidetracked due to summer ARCs received in the mail, and outings, and whatnot), and will try to read it in one sitting in the future. The author is an excellent story-teller. I loved her way with words, how she made the story flow, and the overall story was good. Savra is an awesome character-much like a young Khalessi, in fact, only without dragons or any of the Game of Thrones characters. She also vaguely reminded me of Caelaena Sardothian from the Throne of Glass series. She’s that cool.

The story was brisk, fast paced though it did have a few interludes where it slowed down to explain things, which I liked. The setting was sharp and vivid, and everyone was fighting to stay alive in a realm where the empire rules with an iron fist. Everyone had their own goals, their own plans, and it was all very real and very lifelike.

I definitely am going to read the next book in the series, because I want to savor all of this series. It’s like a hidden gem; full of awesome goodness that you didn’t expect to find but you’re pleasantly surprised that you’ve done so.