Today’s post is a new feature that I have, called “Books I Want” in which I post photos of the books on Amazon that have caught my eye. If you like this feature, please comment or like, and let me know if I should change or add anything.

First up is: The Hundredth Queen 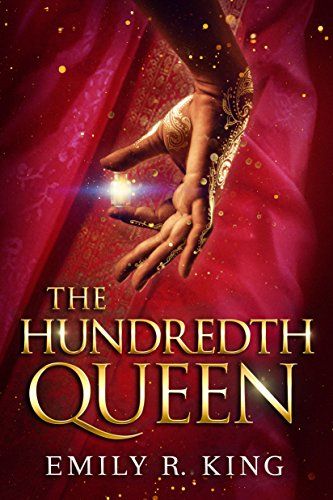 This book looks amazing! I’ve been hearing so much about it, and it tells the story of a girl about to be killed, but she has one night to capture the King’s attention, and so she tells him stories. That exactly the type of thing that sounds awesome in reading!

This is described on Amazon as: The first in a sweeping and action-packed debut fantasy duology loosely inspired by the early climbers of Mt. Everest—perfect for fans of Cindy Pon and Alison Goodman. And I am really excited for this one as well.

On Amazon, it starts off with: In a highly anticipated prequel to the Books of Pellinor, Alison Croggon captivates fans old and new with her ancient, legendary world of Annar. Now, I’ve read the Pellinor books back as a really young teenager and was really swept away by that world. This makes me want the books even more, because I know the author is good and has talent when it comes to world-building. Of course, I have to do a re-read of the original series, because it’s been that long since I’ve read them, but I remember enjoying the universe of Pellinor immensely!

This cover makes me think strongly of the Stephen King book series “The Dark Tower” with the train? And the blurb at the top on the Amazon Description doesn’t help dissuade that: Don’t stay a moment longer than you have to. Don’t say too much. Don’t pollute the timeline. Of course, the timeline bit is certainly different from Stephen King, but the book cover itself is beautiful, and enchanting. I definitely want this book, but on Amazon it says “currently unavailable, out of print”, so I hope that one day it will be in print for me to grab it!

And finally, we have As You Wish by Chelsea Sedoti. The description of this book sounds like something that I really want to read (don’t they all?): If you could make one wish that was guaranteed to come true—what would you wish for? Eldon’s about to make the biggest decision of his life in this fresh, emotional, and captivating novel from the author of The Hundred Lies of Lizzie Lovett.

Those are by no means all the books that I want this year, but those are my immediate WANTS. Especially that Pellinor book. I hope out of these five books, there’s one in here that you’ll find new for you. I tried picking current books that most friends of mine haven’t even heard were released yet. Did I succeed? Let me know in the comments! Like the page for future Books I Want posts, and if you’ve a question about one of the books, I’ll certainly try my best to answer them!

Thanks for tuning in this week, and until next time!